How LiDAR Laser is Transforming the Way We See the World?

From ancient times to the present day, mankind has continuously invented new technologies & tools for their comfort and progression. Be it fire, be it a wheel, be it electricity, be it a computer, be it internet, be it a mobile or the latest LiDAR laser technology.

All of these inventions have made a significant contribution to mankind’s evolution and, at the same time, have become the foundation stone for many other inventions as well. In this article, we have discussed how LiDAR laser is transforming the way we see the world. 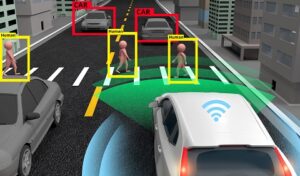 There are countless applications at present; however, in this article, we’ve covered the Top 4 applications. Let us understand each one in detail.

It is not exaggerated to say that autonomous vehicles are set to be one of the greatest inventions in mankind’s history. The way leading companies worldwide are working on building autonomous vehicles, it is apparent that we will see these beauties very soon on the roads.

However, it is important to know that it is nearly impossible to build an autonomous vehicle without LiDAR laser technology. LiDAR is known as the eye of self-driving vehicles. The laser emits pulsed light waves into the surrounding, which bounce off from the objects and return to the sensor suite. This mechanism helps to calculate the distance, identifies the obstructions, and ultimately avoids collisions.

Augmented Reality (AR) is another primary application of LiDAR laser. AR can be defined as the technology that enhances our physical world experience by adding visual elements and digital content.

When we combine the LiDAR laser with AR technology, it enhances the clarity and the final output of the AR system. The laser scans and creates the point cloud of the image. These data is further used to integrate with other data sources or to develop 3D models.

The widespread use of AR in various commercial industries such as medicine, entertainment, and communication has indeed made AR one of the most sought-after technologies of the 21st century.

Indisputably, climate change, including global warming, is the major crisis of our time. Various experiments are being carried out, and technologies are being invented to tackle this global crisis. Coastal LiDAR laser is one such technology used to analyze and understand climate change effects better.

Coastal LiDAR laser is often employed to assess the Sea Level Rise (SLR) – a primary consequence of climate change. Based on the data obtained, scientists and geologists plan or replan their strategies to counter this emergency.

LiDAR laser has proved to be an important asset for archaeologists. This technology has thoroughly revolutionized the way archaeology used to be done. It empowers the archaeologists to unearth the hidden gems such as objects and structures that might otherwise remain hidden forever.

Inphenix is a lasers and light sources products manufacturer based in the USA. The company primarily deals with superluminescent diodes, swept laser, semiconductor optical amplifier, driver boards, & broadband light source. The company’s strong customization abilities and advanced technology support empower them to design quality of LiDAR laser that meets the client’s purpose and outperform their competitors.